Hilda Charlotte Anderson was born as an illegitimate child in Sweden, according to the family rumor. Easy to confirm? Maybe yes or maybe no. The obituary says yes. But that is just echoing the family rumor. Sometimes you may get lucky by finding specific records (e.g., a birth record) or a note written by a contemporary. In my situation, I have not yet found either. But sometimes a tiny detail in an existing record may answer the question.

Johanna Hilda Andreasdotter had a daughter named Hilda while in Sweden. She and her daughter continued to live with her her parental family as indicated by a 1856-72 Swedish parish register.

If you look closely at Hilda's name the above parish register excerpt, you will see "Hilda Charlotte __". That underline means her last name is the same as above person, in this case her mother. In Sweden, the last name of the mother does not change when she is married. So looking at the mother's name does not tell anything about her current or prior martial status. But her daughter's name being the same as hers appears to answer the question. In Sweden, a child's surname is taken from the father's first name. If the first name is Olof, then sons will have a surname of Olofsson, daughters Olofsdotter. Family rumor confirmed.

Johanna, daughter Hilda and some of Johanna's siblings emigrated to the United States where the past is unimportant or easily hidden. Once in the U.S., both started using using the surname of Anderson. They are my direct ancestors.

We love getting your comments!

Come to our annual Spring Seminar 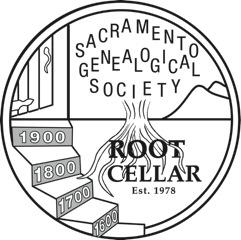 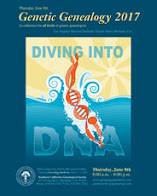 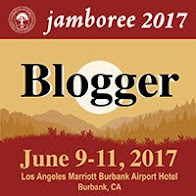